Here’s what happened in February to the code, data, and tools that support MDN Web Docs:

Here’s the plan for March:

In February, we asked the MDN community to help convert compatibility data to the browser-compat-data repository. Florian Scholz led this effort, starting with a conference talk and blog post last month. He created GitHub issues to suggest migration tasks, and added a call to action on the old pages:

The response from the community has been overwhelming. There were 203 PRs merged in February, and 96 were from 23 first-time contributors. Existing contributors such as Mark Boas, Chris Mills, and wbamberg kept up their January pace. The PRs were reviewed for the correctness of the conversion as well as ensuring the data was up to date, and Florian, Jean-Yves Perrier, and Joe Medley have done the most reviews. In February, the project jumped from 43% to 57% of the data converted, and the data is better than ever.

There are two new tools using the data. SphinxKnight is working on compat-tester, which scans an HTML, CSS, or Javascript file for compatibility issues with a user-defined set of browsers. K3N is working on mdncomp, which displays compatibility data on the command line: 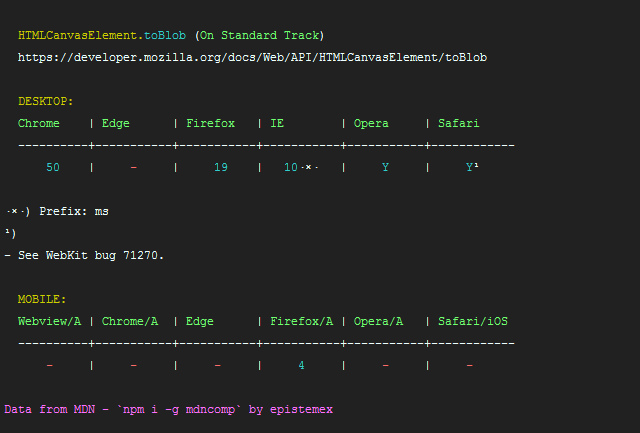 If you have a project using the data, let us know about it!

We continue to improve and expand the interactive examples, such as a clip-path demo from Rachel Andrew:

We’re expanding the framework to allow for HTML examples, which often need a mix of HTML and CSS to be interesting. Like previous efforts, we’re using user testing to develop this feature. We show the work-in-progress, like the <table> demo, to an individual developer, watch how the demo is used and ask for feedback, and then iterate on the design and implementation. 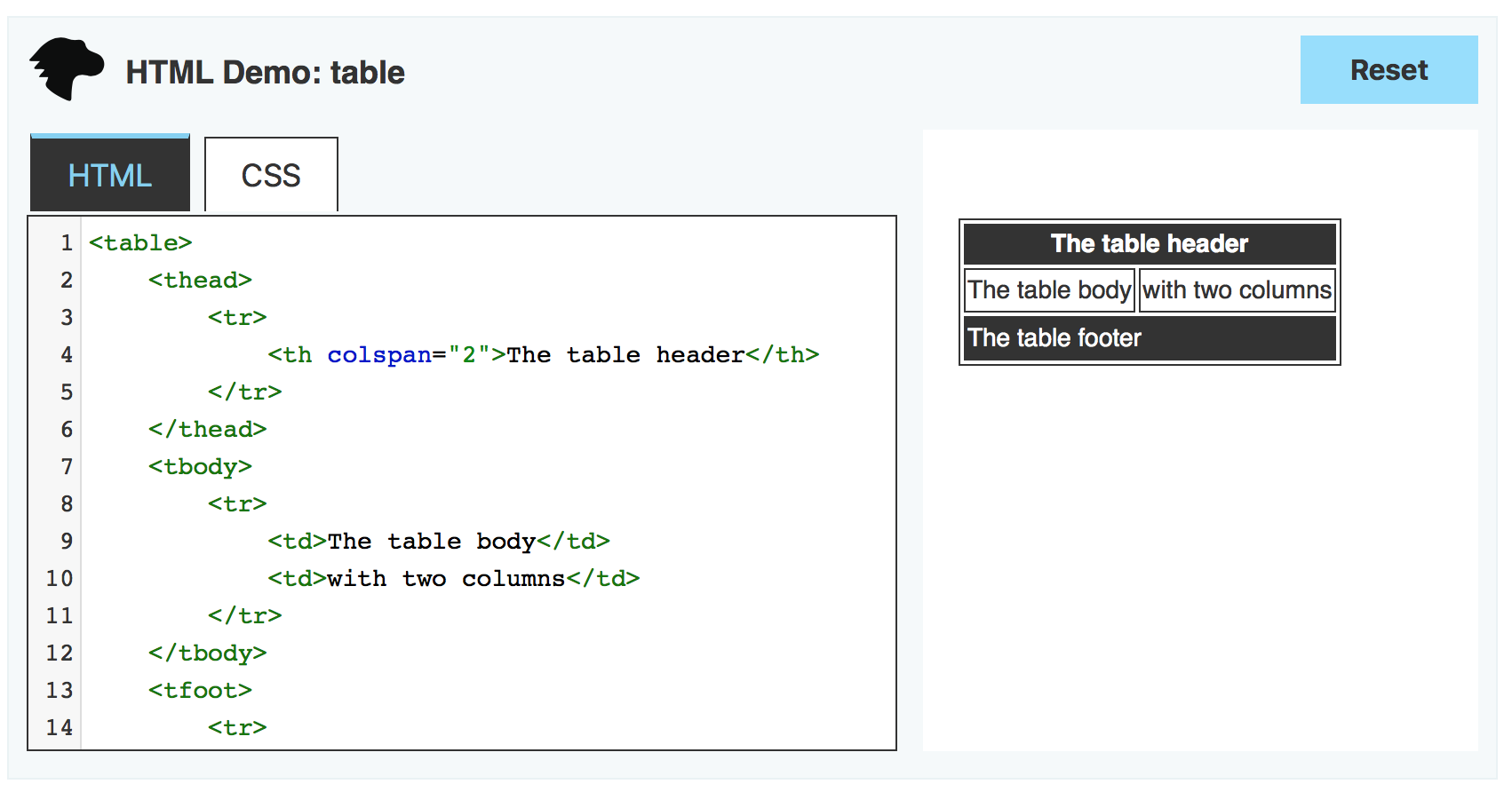 The demos have gone well, and the team will firm up the implementation and write more examples to prepare for production. The team will also work on expanding test coverage and formalizing the build tools in a new package.

Prepared for a CDN and Django 1.11

We made many changes last month to improve the performance and reliability of MDN. They worked, and we’ve entered a new period of calm. We’ve had a month without 3 AM downtime or performance alerts, for the first time since the move to AWS. The site is responding more smoothly, and easily handling MDN’s traffic.

This has freed us to focus on longer term fixes and on the goals for the quarter. One of those is to serve MDN from behind a CDN, which will further reduce server load and may have a huge impact on response time. Ryan Johnson is getting the code ready. He switched to Django’s middleware for handling ETag creation (PR 4647), which allowed him to remove some buggy caching code (PR 4648). Ryan is now working through the many endpoints, adding caching headers and cleaning up tests (PR 4676, PR 4677, and others). Once this work is done, we’ll add the CDN that will cache content based on the directives in the headers.

My focus has been on the Django 1.11 upgrade, since Django 1.8 is scheduled to lose support in April. This requires updating third-party libraries like django-tidings (PR 4660) and djangorestframework (PR 4664 from Safwan Rahman). We’re moving away from other requirements, such as dropping dbgettext (PR 4669). We’ve taken care of the most obvious upgrades, but there are 142,000 lines of Python in our libraries, so we expect more surprises as we get closer to the switch.

Once the libraries are compatible with Django 1.11, the remaining issues will be with the Kuma codebase. Some changes are small and easy, such as a one-liner in PR 4684. Some will be quite large. Our code that serves up locale-specific content, such as reverse and LocaleURLMiddleware, are incompatible, and we’ll have to swap some of our oldest code for Django’s version.

There were 413 PRs merged in February:

147 of these were from first-time contributors:

We’ll continue with the compatibility migration, interactive examples, the CDN, and the Django 1.11 migration in March.

Starting March 2, the MDN developers move from Marketing to Emerging Technologies. We’ll be working on the details of this transition in March and the coming months. That will include planning a infrastructure transition, and finding a new home for the MDN Changelog.

MDN is on a firmer foundation after the time spent in MozMEAO, and is ready for the next chapter in its 13 year history.

Ryan Johnson, Schalk Neethling, and I will join the Advanced Development team in Emerging Technologies, reporting to Faramarz Rashed. The Advanced Development team has been working on various ET projects, most recently Project Things, an Internet of Things (IoT) project that is focused on decentralization, security, privacy, and interoperability. It’s a team that is focused on getting fresh technology into users’ hands. This is a great environment for the next phase of MDN, as we build on the more stable foundation and expand our reach.

Meet in Paris for Hack on MDN

We’re traveling to the Mozilla Paris Office in March. We’ll have team meetings on Tuesday, March 13 through Thursday, March 15, to plan for the next three months and beyond.

From Friday, March 16 through Sunday, March 18, we’ll have the third Hack on MDN event. The last one was in 2015 in Berlin, and the team is excited to return to this format. The focus of the Paris event will be the Browser Compat Data project. We expect to build some tools using the data, alternative displays of compat information, and improve the migration and review processes.

Evaluate Proposals for a Performance Audit

One of our goals for the year is to improve page load times on MDN. We’re building on a similar SEO project last year, and looking for an external expert to measure MDN’s performance and recommend next steps. Take a look at our Request for Proposal. We plan to select the top bidders by March 30, 2018.